Established in 2018, Inside Out’s RE:Focus Fund aims to address industry inequities through providing direct financial support to women, non-binary, and / or trans filmmakers telling LGBTQ stories. Founded through a lead gift from Martha McCain, the fund has distributed more than $50,000 in festival travel grants and professional development programs for filmmakers since its creation.

In 2019, Inside Out expanded the fund with the launch of the RE:Focus Fund Post-Production Grants to support post-production and promotion of short and feature films. In 2020, in response to the COVID-19 pandemic and its impact on our industry, Inside Out is launching an emergency relief arm of the fund.

This round of RE:Focus funding will serve as emergency relief and seeks to support productions that have been impacted by the COVID-19 crisis.

Projects that have had their production or post-production interrupted by the crisis are invited to submit.

For more information on donating to the RE:Focus Fund, and how you can support LGBTQ women and non-binary filmmakers through Inside Out, contact:

Two Canadian titles and four international projects and have been selected for our first-ever post-production grants supporting women, non-binary and trans filmmakers!

Bing! Bang! Bi! is a comedy about a struggling actor who takes a stance on her bisexuality at an inopportune moment.

Jessica has been acting professionally for nearly 15 years on stage and in film & television. She most recently produced and starred in Taos, which premiered at Oaxaca Film Fest and Santa Fe Independent Film Festival, where it received a Jury Award for Best New Mexico Narrative Short Film. Jessica is currently developing two feature screenplays and a comedy series based on her first short film Bing!Bang!Bi! 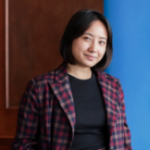 Alyssa Lerner is a queer, Filipino American comedy writer, director and graduate of USC’s MFA in Writing for Film and TV and resident in the 2019 Black List x Women in Film Feature Lab. She is featured on the 2020 GLAAD List, and her directorial debut “Bubble” won Best Narrative Short at aGLIFF32 and the audience award for best short at Frameline43 Film Festival. She is currently developing her feature film directorial debut. 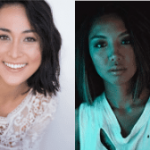 Sheena Midori Brevig has acted in various shorts, national commercials and other content, but recently shifted her focus to writing, directing, and producing. In the last year she’s produced and directed two music videos for fellow bisexual artists Torrey Mercer and Lucy & La Mer, both songs about the queer/bisexual experience.

Rachel Leyco is an award-winning Filipina-American filmmaker, writer, actress, and activist. She won a student Emmy at the 2013 College Television Awards as Writer/Director/Producer in the pilot web series, “The Sub Club.” She currently holds many writing/directing/producing credits, ranging from short films and web series to TV pilots and features. Her short films, Maple’s Tree and Bicultural, have been official selections in many film festivals nationally and internationally.

Sky, a Chinese-American pop star returns to the city they were raised in to confront their estranged immigrant father about the childhood memories that continue to haunt them. A musical film about a non-binary popstar’s journey of letting go of the blood family that rejects them and discovering the chosen community that embraces them.

Jess X. Snow is a queer immigrant Asian-Canadian artist, filmmaker, and pushcart-nominated poet currently based in Brooklyn, NY. A graduate of the Rhode Island School of Design, they are currently a 2nd year MFA candidate at NYU Graduate Film. Their film and immersive work has been supported with grants and fellowships from the Tribeca Film Institute, Canada Council of the Arts and commissioned by Adobe, and the Smithsonian Asian Pacific Center. Their films have won Best Experimental Short Award at the Philly Asian American Film Festival and has screened at a dozen film festivals including Outfest Fusion, Newfest, Rhode Island International Film Festival, and the Hong Kong Gay and Lesbian Film Festival.

THIS PLACE is the story of two young women, one Tamil, the other half-Iranian, half-Mohawk. Kawenniióhstha Cross and Malai Jeyapillai cross paths at a laundromat late one night in Toronto. 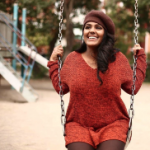 V.T. Nayani is a director, producer, and writer whose first feature documentary SHADEISM: DIGGING DEEPER (2015) had its World Premiere at the 2015 Zanzibar International Film Festival, where it received a Special Jury Recognition. Nayani’s first feature drama as a director and co-writer, THIS PLACE, was selected as a recipient of Telefilm Canada’s inaugural Talent to Watch Program. In late 2018, Nayani had the honour of shadowing and interning with her mentor, acclaimed cinematographer Bradford Young, on the set of Netflix’s limited series WHEN THEY SEE US. Her work and artistic development has also been supported by the Canada Council for the Arts, Ontario Arts Council, Regent Park Film Festival, Reel Asian International Film Festival, AWID, and TIFF. 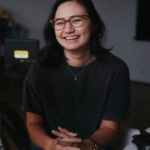 Niki Ang is a Singaporean-Chinese American writer and director who was born and raised in Singapore before moving to the States at a young age. She has spent the past several years as a full-stack producer/director at BuzzFeed Motion Pictures. Her work has amassed over 150 million views across digital platforms such as YouTube, Facebook, Amazon, and Hulu. She is known for the web series “HomeBuddies,” “Wedding Season,” and “Eating Your Feed” along with videos that center Asian American experiences and explore themes of representation, heritage, intersectionality, and social justice.

Projects which meet the eligibility criteria will be considered for a cash grant ranging from $500 – $2500.

Completed projects that are accepted into the 2020 Inside Out Toronto LGBT Film Festival will also be eligible for festival travel support through the RE:Focus travel bursary program.

“Inside Out is committed to developing LGBTQ voices in cinema and providing resources that support LGBTQ people telling their own stories on film” says Andria Wilson, Inside Out’s Executive Director. “As we move towards our 30th anniversary in 2020, Inside Out will be launching programs and initiatives that address inequities in our industry and provide necessary points of intervention. Supporting the voices of queer and trans women and non-binary people with direct financial assistance is a critical next step in this mission.”

“I applaud the initiative of Inside Out to create a future of greater inclusion and representation for The LGBTQ community in film” adds Martha McCain, lead donor. “The idea for the Re:Focus Fund makes sense and is timely – actually it’s well overdue and is a positive, strategic step in the right direction. I am therefore delighted to lend my support to their Re:Focus Fund so that it may, in turn, provide opportunities for professional development, growth and achievement to LGBTQ women and non-binary filmmakers. With the Re:Focus Fund, Inside Out is helping more LGBTQ voices to be heard. I’m very proud to support their efforts. I hope you’ll join me.”